What can Acterra do for my soil?

Acterra is a compost additive that contains beneficial facultative anaerobic microorganisms that can survive with or without oxygen.

Typically these types of organisms live deep in the soil, and also in the rhizosphere where there is less oxygen but many diverse food sources. the beneficial effects of these microorganisms persist in the soil due to significantly high CFU counts allowing them to be effective in native environments. Only a small amount of product can go a long way in establishing consistent results in your crops whereas compost teas can not sustain the pressures of indigenous soil life and are easily taken over after application.

Acterra treatment on seed was able to produce 9.41% more yield than Control which was statistically significant. Further, this treatment was as good as a very popular and commonly used product from Bayer Crop Science for growing cereals, beans, and other crops.

Acetobacteracea
An acid-producing bacteria. Lives inside roots, leaves and other plant tissues as endophytes. Considered a nitrogen-fixer, but a non-symbiotic endophyte that converts N2 from the air into plant-available N.

Clostridiaceae
Clostridium acidisoli is a nitrogen-fixing bacteria, which has been isolated from acidic peat bogs in Germany.

Leuconostocaceae
A fermentation bacteria which transforms sugars into lactic acid, allows bacteria such as Lactobacillus to thrive.

Gallionellaceae
This is an iron bacteria. This bacteria is known to break down and convert iron in soil into plant-available forms.

Enterobacteriaceae
A symbiotic nitrogen-fixer that has been isolated on roots of sorghum, wheat, and in the rhizosphere of rice.

Find below our product briefs, organic certification and labels. To receive a copy of our price list click here. 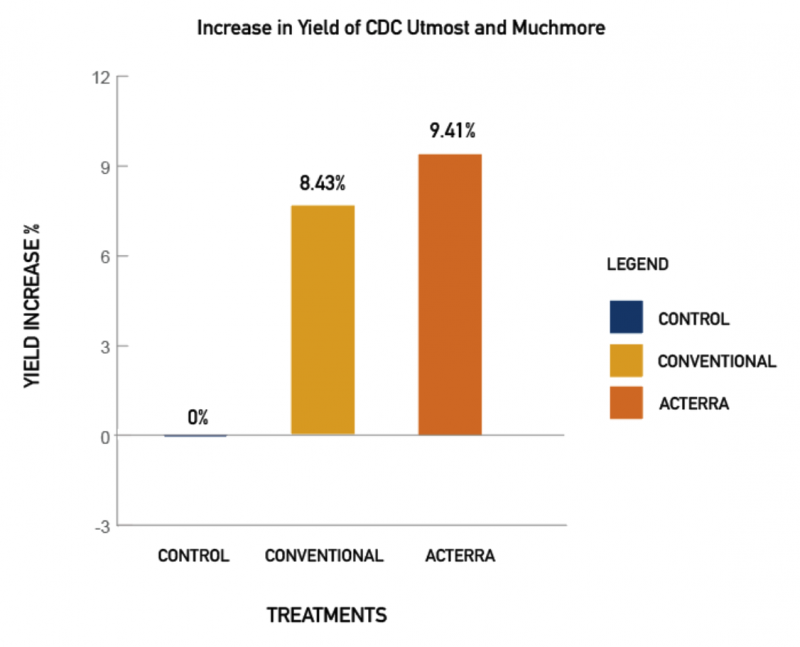 It’s all about the process and how you compost and why we only recommend Fermentative Composting. Otherwise known as SPIC, in-vessel, or anaerobic composting. Once your compost is complete, your nose is your number one guide to realizing that your living soil is ready-to-use as it will smell like forest soil, or “earthy” when finished.

Acterra is a ready-to-use product that doesn't require any brewing.

Application - We will guide you through the dilutions necessary to achieve your best results on a crop by crop basis.

Customization - Send us your soil tests and/or your plant sap analysis reports in season.

Freshness - Produced fresh in the early Spring of each growing season.

Shelf Life - In an air-tight container, kept away from light, heat, or freezing temperatures, the product can be stored for up to 2 years. Once exposed to air, use within 60 days.

Integrated Solution - Use Acterra as an integral part of any crop program to obtain remarkably consistent and effective soil management.

• Apply 1L of diluted product to 1m3 of compost. Optimal dilution is (1 part Acterra / 10 parts non-chlorinated water). Build the compost pile in layers and distribute it evenly throughout each layer of the pile. For best results, drape and secure a tarp over the compost pile to create anaerobic conditions, sometimes referred to as Fermentative Composting. Acterra can be used in aerobic compost, however, an anaerobic method is preferred.

* A jar test should be conducted when mixing Acterra with any other product to ensure compatibility.

Want to design a custom program?

Our agronomists can help build you a custom, full-spectrum program for your growing needs. Click the button below to receive your complimentary consultation.