The only answer is natural food 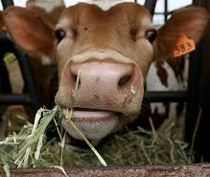 Genetic manipulation of crops, and food animals is a dangerous game. The research that was discussed in this article reveals that the assumptions that have been made about how genetic modification works and what effects they really have are both incomplete and flawed.

Essentially, viruses that attack a plant would not normally attack a human or animal. However, geneticially modified foods containing genes that contain viruses that are eaten by animals or people can perform the same duty that they perform in plants - - "viral genes function to disable their host in order to facilitate pathogen invasion. Often, this is achieved by incapacitating specific anti-pathogen defenses."

Think about the implication of eating food that is programmed to diable your own natural defenses against pathogenic material like cancer.

I encourage you to read the article for yourself and think twice about eating, planting, growing or feeding genetically modified material. See below for the link to the article.